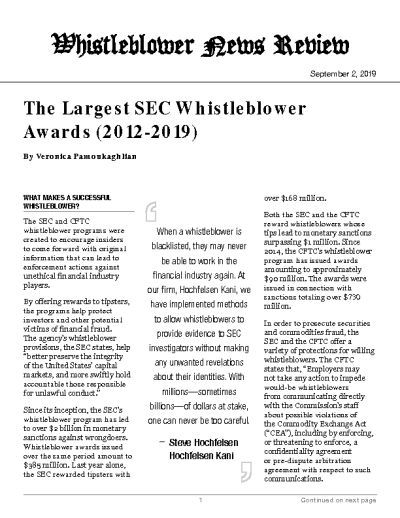 What Makes a Successful Whistleblower?

The SEC and CFTC whistleblower programs were created to encourage insiders to come forward with original information that can lead to enforcement actions against unethical financial industry players.

By offering rewards to tipsters, the programs help protect investors and other potential victims of financial fraud. The agency’s whistleblower provisions, the SEC states, help “better preserve the integrity of the United States' capital markets, and more swiftly hold accountable those responsible for unlawful conduct.”

Since its inception, the SEC’s whistleblower program has led to over $2 billion in monetary sanctions against wrongdoers. Whistleblower awards issued over the same period amount to $385 million. Last year alone, the SEC rewarded tipsters with over $168 million.

Both the SEC and the CFTC reward whistleblowers whose tips lead to monetary sanctions surpassing $1 million. Since 2014, the CFTC’s whistleblower program has issued awards amounting to approximately $90 million. The awards were issued in connection with sanctions totaling over $730 million.

In order to prosecute securities and commodities fraud, the SEC and the CFTC offer a variety of protections for willing whistleblowers. The CFTC states that, “Employers may not take any action to impede would-be whistleblowers from communicating directly with the Commission’s staff about possible violations of the Commodity Exchange Act (“CEA”), including by enforcing, or threatening to enforce, a confidentiality agreement or pre-dispute arbitration agreement with respect to such communications.

Nor may employers retaliate against whistleblowers for reporting violations of the CEA.” According to the Commission, employers may not discharge, demote, suspend, threaten, or harass tipsters in retaliation for their whistleblowing activities.

Los Angeles-based whistleblower attorney Steve Hochfelsen goes to great lengths to preserve his clients’ anonymity. “When a whistleblower is blacklisted, they may never be able to work in the financial industry again,” he explains. “At our firm, Hochfelsen Kani, we have implemented methods to allow whistleblowers to provide evidence to SEC investigators without making any unwanted revelations about their identities. In some cases, we have used electronic distortion to disguise their voices over the phone. With millions—sometimes billions—of dollars at stake, one can never be too careful.” A known advocate for whistleblowers, Hochfelsen has been instrumental in securing millions of dollars for tipsters in California and beyond.

What Are the Top SEC and CFTC Whistleblower Awards to Date?

$50 million awarded to two SEC whistleblowers, $37 million to one and $13 million to the other. The agency made no relevant disclosures about the nature of the alleged fraud.

A whistleblower who reported misconduct internally to their employer and later to the Securities and Exchange Commission received a $4.5 million award. The tipster reported wrongdoing anonymously to his employer, and then to the SEC.

The agency said in a press release that, “This information prompted the company to review the whistleblower’s allegations of misconduct and led the company to report the allegations to the SEC and [another] agency. As a result of the self-report by the company, the SEC opened its own investigation into the alleged misconduct.” It was the first time a whistleblower was awarded under that particular rule, “which was designed to incentivize internal reporting by whistleblowers who also report to the SEC within 120 days,” according to the Commission.

A combined total of $83 million awarded to three whistleblowers whose tips led to a $415 million settlement with Merrill Lynch over alleged misuse of customer funds. According to the whistleblowers’ allegations, the brokerage illegally held up billions of dollars a day in a clearing account, instead of in reserve.

Two SEC whistleblowers shared a $54 million award in connection with an undisclosed settlement. Details about the underlying fraud are protected under the Commission’s strict confidentiality guidelines. One of the tipsters received $39 million, while the other one got $15 million. The SEC commended the individuals’ continued assistance in bringing forward a critical enforcement action.

For their role in alerting the SEC to securities violations spanning several years, a foreign whistleblower received a $4.1 million award. The tipster lived and worked abroad at the time.

A whistleblower who had initially reported securities fraud to another government agency received $2.2 million after his tip led to a successful SEC enforcement action. Under the Exchange Act Rule 21F-4(b)(7), when a tipster first reports fraud to another agency, they may be eligible for SEC awards as long as they provide the Securities and Exchange Commission with the same information within 120 days of the initial report.

An anonymous whistleblower received $2.1 million after they provided information that led to multiple enforcement actions resulting in significant monetary sanctions.

A whistleblower who provided original information and ongoing assistance throughout a fraud investigation received a $1.5 million whistleblower award. The tips and evidence provided led to a successful enforcement action.

Two whistleblowers received a $16 million award in connection with an undisclosed action. The information provided by the first whistleblower helped the SEC successfully identify key witnesses and evidence, while the second tipster offered significant information to complete the agency’s investigation.

Three whistleblowers who provided key evidence leading to a successful enforcement action were awarded a total of $7 million.

A domestic government agency employee received a $2.5 million award in connection with his assistance to hold accountable an unidentified corporate wrongdoer.

An unidentified whistleblower received a $1 million award “for providing the SEC with new information and substantial corroborating documentation of a securities law violation by a registered entity that impacted retail customers,” according to a press release issued by the agency.

For his assistance in securing an $80 million settlement in connection with accounting fraud allegations, a former Monsanto executive received a $22 million award. This was the largest SEC award at the time. Identifying information about the wrongdoer was revealed after the tipster spoke directly to the press.

To reward their assistance in securing millions of dollars in connection with a successful enforcement action, the SEC issued a $20 million award to an anonymous whistleblower.

While five separate whistleblowers had applied for an award in connection with the same fraud  investigation, a single company insider received $17 million; the second largest SEC award until that date. The tipster provided critical evidence to advance the probe, the SEC said in a press release.

An anonymous whistleblower was awarded $3.5 million in connection with an undisclosed settlement.

A company insider received a $3 million whistleblower award for assisting the SEC to uncover a “complex fraudulent scheme,” leading to a multi-million-dollar enforcement action.

A compliance officer was awarded $1.5 million after they provided information about alleged fraud against investors. Because the SEC considered investors were at imminent risk, it made an exception regarding the established waiting period. Under the waived SEC rule, the tipster should have waited 120 days after reporting violations internally, in order to be able to submit a tip to the agency, thus becoming eligible for an award.

A foreign national received the largest SEC whistleblower award until that date, amounting to $30 million, for providing original information about securities fraud.

A whistleblower who provided critical information to protect investors and ensure a successful SEC enforcement action received a $14.1 million award. According to the SEC’s press release, the award “appropriately recognizes the significance of the information that the Claimant provided to the Commission, the assistance the Claimant provided in the Commission action and the law enforcement interest in deterring violations by granting awards.” Based on the tips the insider provided, the SEC proceeded to a speedy freeze of the defendant’s corporate funds to minimize financial harm to investors.

How Does the SEC Decide to Issue Whistleblower Awards?

The process of issuing whistleblower awards is not so clear-cut. According to California-based whistleblower lawyer Steve Hochfelsen, it is important to know the intricacies of the agency’s decision-making process and the elements that weigh more heavily in terms of determining the amount of awards.

Hochfelsen points out that the SEC is in the habit of clarifying some of its reasons when it issues an award order. As the agency recently granted an award to a foreign whistleblower, it stated that it had assessed a number of facts: “Claimant’s tip was the first information on the charged misconduct that the Commission received; Claimant expeditiously reported to the Commission and pointed Enforcement staff to an important witness; and without Claimant’s tip, the violations at issue would have been difficult to identify and prove.” The agency also recognized that the claimant was “not in a position to provide continuing assistance,” and relied on other witnesses to substantiate their tip.

In order to be eligible for an award, Hochfelsen explains, “a whistleblower has to check all those boxes. When clients come to us, they are often uncertain as to whether the information in their possession can lead to successful enforcement action. That’s what we are here for. We solidify their cases, launch large-scope investigations to substantiate their claims, and present a credible case before the SEC. Having access to former SEC insiders is a big plus in our firm’s case,” the whistleblower lawyer concludes. 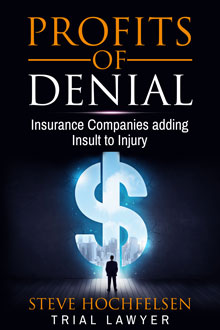 What Makes Allstate the Worst Insurance Company in the USA?
They’re called “The Good Hands People.” You see their logo prominently displayed in NFL and college endzones during field goals and extra points: strong hands laid one on the other gently, ready to gently cradle your life, home, and auto. You listen to the mellifluous basso profundo of Dennis Haysbert asking, “Are you in... More 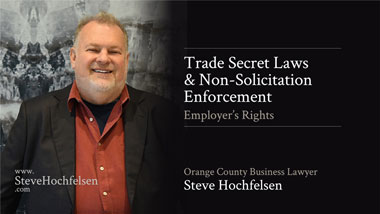 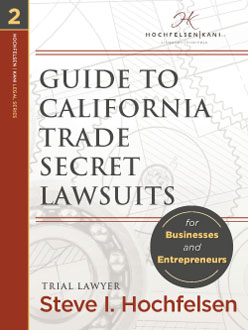 For businesses and Entrepreneurs 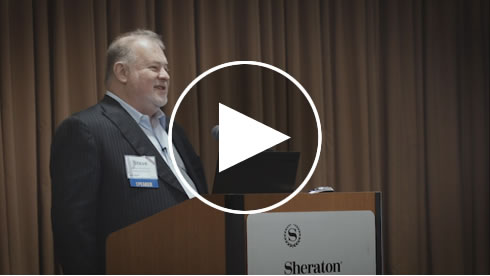